Hi everyone. So sorry I’ve been missing from here since before Mother’s Day. I managed a few posts at my alter-ego’s site, but even that’s been a tad sparse. End of the school year–which wrapped up on 6/23–got a touch busy. I’m already fully in our extended school year and that will take me through to the end of July. Then there’s tennis to keep one busy in between…

So Hubby’s garden has been far ahead of schedule this year—typically by now, he’d be harvesting a few zucchini blossoms and hoping to see a zucch or two beginning to form. Pumpkin flowers usually follow a few weeks later and an actual pumpkin doesn’t form until far later in the month.

Every morning brings the same question: where am I going to store all these blossoms? We’ve got them coming in like crazy from zucchini, yellow squash AND pumpkin plants. (That doesn’t include the multitude of zucchini I’ve been giving away–Hubby picked five yesterday afternoon. Maybe it’s the Miracle Gro he treats everything with faithfully. And perhaps I should get a permit for a roadside stand and sell them, lol. Even at $13/lb (or whatever the going rate is), it’s quite the return on the buyer’s dollar, lol. 😉

Anyway, the other night I made a platter of fritters to send to my neighbor’s. I still had some blossoms left to play with—the pumpkin variety, which are at least as big as my hand. These babies beg to be stuffed. (Had them with a ricotta filling for the first time last year—OMG. Just sayin’.) 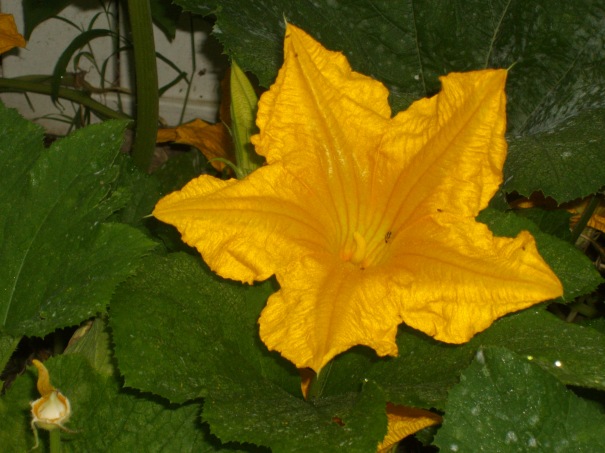 Luckily, I lacked ricotta, nor was I in the mood to get into that kind of fat and calorie count. I did, however, have cooked quinoa sitting in the fridge. (Quinoa is my new favorite ‘carb.’)

I searched a few recipes, started here and wound up concocting something of my own.

Here we go. (Sorry, all amounts are approximates. I made this up as I went. Posted the finished product on Facebook and someone (Hi, Deb!)  asked for the recipe. I did my best to oblige!) 🙂

6-8 intact blossoms (I always remove the stem and pistol or stamen—the part inside the center at the flower’s base—male or female flower, respectively.)

½- ¾ cup cooked quinoa (I had flavored mine with olive oil, a spoonful of butter, parsley and garlic salt)

Grated cheese (I used a mix of romano and parmesan)

Feta cheese (to taste—maybe a ¼ cup?)

Salt and black (pepper to taste)

A (table)spoonful of chia seeds–also optional, but why not bump up the fiber and protein count some more?

Mix all the above together and set aside. (If you include the bread crumbs, sauté everything except the basil in hot oil. Stir in basil after the mixture has cooled a bit.

Note: Making the filling a day ahead will increase the flavor big-time.

Chopped parsley and/or basil (to taste)

Salt and/or pepper (to taste)

Mix all the dry ingredients in a medium to large bowl. Add water, enough to create a creamy, thin (but not watery) pancake-like batter. Add the egg and mix thoroughly. The mixture should be similar to a tempura batter.

Carefully fill each blossom with a spoonful or two of the quinoa mixture. Fold the flower closed as best you can. Dip and roll it in the batter. Pan-fry in hot oil until golden brown on both sides.

These are best served immediately but are fine a little while later (i.e., several hours). I wouldn’t make these a day ahead. They’ll be heavy and oily.

*I plan on eliminating bread crumbs next time, to keep the carb count down. Don’t think you really need them. 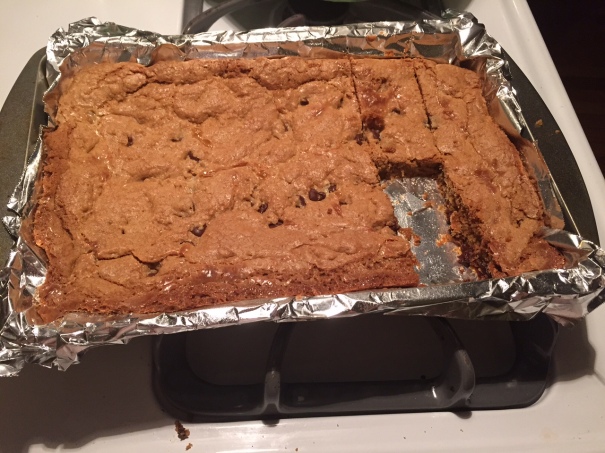 More to these than meets the eye, and fodder for a future post.

Have a great day and enjoy those special summer delicacies while they last!

It started when I gave up smoking and went from there!

Cultivating your Happiness and living your best life

IF I CAN'T BE A DRAGON-WHISPERER, CAN I AT LEAST HAVE A TALKING DOG?

My Foray Into Food Storage

because anything is possible with Charisma

Life and scribbles on the far side of SIXTY-FIVE

Life in a flash - a weekly writing blog

A writer of thrillers, suspense and mystery. On the beach.

Adventures that burn on in the heart.

The Life of Kylie

Where Laughter, Passion and Love Bloom